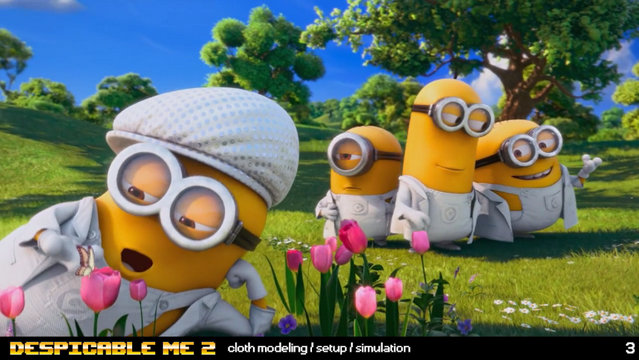 Breakdown :
1 – Areva Energy saga – June 2010 – November 2010
Modeling, texturing on bridges, houses, cathedral for the middle age. Buildings, train station for the industrial coal age. For the nuclear age, buildings and props like cars, boats.
2 – Nina Ricci l’elixir – April 2010 – June 2010
CG set extension with modeling, texturing of the forest and the props. Keying and compositing of the plate.
3 – Bouygues the network & fairies commercial – November 2010
Bouygues’ network commercial : I mixed differents live action takes of the bear so he appears to throw a rock and smash a tree. I also sharpened the teets of the animal so he looks more threatening. Fairies commercial : keying and rotoscoping of the plate so the compositing artist can use the alpha.
4 – www.5150ruedesormes.com & Wemüv.com – May 2009 – July 2009
Responsible for all the 3D on these projects. I worked closely with the art director, especially on the adaptation of the 3D to the restrictions of the web.
5 – Personnal project – 2011 – 2014
Live action and CG projects I make on my spare time.
Check more on my vimeo page : https://vimeo.com/romainrevert/videos