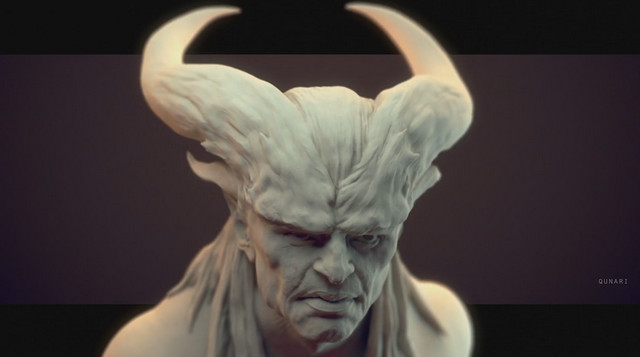 Pacific Rim
I was responsible for modeling buildings, props and keeping track of assets for a number of shots.

Honda Civic Tyoe ‘R’
I did a full replacement model for the SUV on the back of the truck. I remodeled an old Range Rover to make something other than a Range Rover. The model was then brought into ZBrush where I sculpted a destroyed version which is the one seen.
For the Honda itself I modeled the rear and front pieces of the car, the sides were done by another artist.
Confused
I did design and modeling of the little baby robot and the girl. It was a back and forth process with the concept artists figuring out what would work in 3d when translated from 2d.

Confused
I did design and modeling of the little baby robot and the girl. It was a back and forth process with the concept artists figuring out what would work in 3d when translated from 2d.

Spaceship
This is a hard surface model meant to accompany Skips Leg Day. It was made using both ZBrush and Maya for modeling. I wanted to focus on some big and interesting shapes for a spaceship. The textures are also done in ZBrush.
It was shaded and lit in Maya, then rendered with V-Ray

Le Soldat De marathon
This is an anatomy study of the sculpture by the same name by Jean-Pierre Cortot. This is one of my favorite pieces in The Louvre. I thought it would be an interesting challange for me to test my anatomy and understanding of form.
The model was done in Maya ti get the topology I wanted, then brought into ZBrush for the hi-res detail. Finally it was rendered with V-Ray

Skips Leg Day & Companion
I did this project with the intention of doing a model from scratch. Working on a 2d concept and then translating that into 3d. I was an interesting mix of hard surface and organic modeling, because I wanted to cover a broad variety of things. It was then textured using ZBrush and rendered with V-Ray

Qunari
This was only meant as a face study. i wanted to something like a scary ZBrush demon, but ultimately decided on something more human. It is based on the concepts from the game Dragon Age.